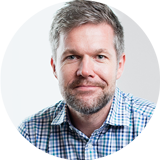 The online pension manager analysed a sample of 7,292 transfers to their platform, and discovered that the firm responsible for the slowest average transfer time is Xafinity at 52 days. This is seven days longer than the second slowest company, Now: Pensions, with Mercer, Towers Watson and Aon Hewitt also proving similarly sluggish.

Source: PensionBee. Total sample size of 7,292 from January 01, 2018. Each individual provider has a sample of at least 5 transfers.

However, while these providers are still putting up barriers to transfer there’s evidence others are taking a more positive approach, as reflected by the transfer times of Aviva, Scottish Widows, B&CE, Canada Life and Phoenix Life, who all manage to transfer a pension in under two weeks on average.

Now: Pensions are the most expensive annually

In addition to examining transfer times PensionBee also analysed a sample of 1,056 pensions. It found an annual charge of 62.1% imposed by Now: Pensions - by far the biggest in the study. PensionBee calculated the charge by adding up all fees, including fund fees, fixed £-based fees and any other policy fees that may apply. In the case of Now: Pensions, a £-based fee of £18 (in addition to a %-based fee of 0.3%) is applied to fairly small pension values (approximately 40% of the pensions in the sample of 91 were below £100). The result is a high charge as a proportion of the pension pot. Currently these charges are permitted by the Department of Work and Pension’s charge cap legislation.

Source: PensionBee. Based on a total 1,056 average annual charges found between June 2017 and March 2018. Each individual provider has a sample of at least 20 observations.

Largely though, a number of providers appear to be operating a fairer fee structure. Legal & General charge the lowest average annual charge at 0.3%, with Fidelity and B&CE (The People’s Pension) following closely with fees of 0.4% and 0.5% respectively.

Source: PensionBee. Based on a total 1,056 average annual charges found between June 2017 and March 2018. Each individual provider has a sample of at least 20 observations.

As part of their analysis PensionBee also examined exit fees across 5,431 pensions, with their research revealing that 305 had exit fees present. Staggeringly, the biggest was a £12,245 charge from Phoenix Life - who are entirely responsible for the top five exit fees in the study.

The research further indicated that the highest exit fees are on with-profits pensions termed ‘market value reductions’, meaning they escape the Financial Conduct Authority’s focus and rules for now.

Staggeringly, one Phoenix Life exit fee would eat up 96% of one unlucky saver’s pension - the biggest percentage in the study - with Abbey Life and ReAssure imposing similarly excessive exit fees.

5 biggest exit fees as a proportion of a pension

Speaking on the findings Romi Savova, CEO of PensionBee commented: “Things are definitely changing for the better in the pension industry, but a lot of work remains to improve switching times and completely eliminate all forms of exit fees. There are a handful of providers who continue to treat customers unfairly and we are determined to stay at the forefront of customers’ rights to have better pensions and ultimately a decent retirement.”