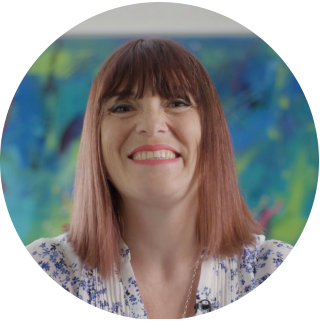 by Lynn Beattie , CEO and Founder

I am 42 and have £200,000 (or around 40% debt) left on my mortgage. I wonder if I could have paid this off by now, if I had made a few different choices in life? Maybe. Here are some of the big financial decisions I took that have impacted on my mortgage balance. Were they worth it?

Threshers/Wine Rack went into administration in 2009 and eventually I received £4,000 in notice pay owed (30p on the pound owed, I was not happy). And then finally in 2015 I took redundancy from EE after relocation and received £40,000.

I make that £75,000 in redundancy payments over the past twenty years.

Not a penny of it went towards mortgage overpayments. The Tesco money paid for a wedding, a nice honeymoon and being able to take a year off work after my first son was born. The EE money paid for two very nice holidays and paid the actual mortgage whilst I grew Mrs Mummypenny to a sustainable earnings level.

Do I regret any of these decisions? Not in the slightest.

Managed to get a few lovely pictures of the boys . Taken underneath the chapel at the top of St.Michaels Mount. Super grateful for the beach, sea, sun and countryside. . . . . . . #myboys #beautifulboys #holidays #underthechapel #stmichael #montsanmichel #stmichaelsmount #cornwall #marazion #montsonmichel #island

After leaving Tesco and on my extended maternity break, I also decided to take a mortgage holiday. Six months of no payments - this was £6,000 of mortgage repayments not made - whilst the monthly interest was still accruing. This added on around £3,000 to our mortgage and of course, six months of payments were missed.

Do I regret this decision? Yes. Mortgage holidays are a bad idea and cost so much in the long run. I would never do that again. But my thinking at the time was that I needed to conserve money, so I could stay at home with my baby for longer.

An addiction to designer handbags

Possibly the prettiest bag ever. And it's got my initials on it. It's from a company called NV London Calcutta. They have such a beautiful range of handmade beautifully cut handbags and wallets. This is the perfect size for my wallet and phone. And can be worn over the shoulder or as a clutch. I love it💜💜 AND if you hop on over to www.nvlondoncalcutta.com and enter the code MUMMYPENNY10 you will get a 10% discount. #gratitude to heather..whom I met for lunch. She reminded me to be kind to myself and to just do what I can do. #3positivethings 1) A busy day for work requests fingers crossed they all convert into jobs. 2) 2 blog posts written whoop 3) made a yummy spag bol for dinner. Josh and jack even ate it all up. . . . . . . . #beautifulhandbag #clutchbag #handbag #handmade #personalised #christmaspressieidea #fusciapink #lawofattraction #loa #gratitude #dailygratitude #thankful #positivity #lawofattractionquote #moneysaving #frugal #ukblogger #ukbloggerlife #ukmoneyblogger #bloggingyourwaytoriches #instahandbag #overtheshoulder #tassle #ad #christmaspresent

This one was not just restricted to my 20s it carried on into my 30s as well. My first purchase was a cute Louis Vuitton shoulder bag from Selfridges for £224 (yes, I remember the exact amount!). I still have that bag and it still looks as fresh as the day I bought it. I have since then bought three Louis Vuitton bags, one Gucci, one Dior bag and two Prada bags. At an estimated cost of £3,500.

I have since sold two of the Louis Vuitton bags, but everything else I still own. A few of the bags are rarely used and I have investigated selling them, but despite original receipts and packaging they are worth such a small amount compared to what I paid for them. I cannot bear to sell a £1,000 bag for £100. They will be saved for my grandchildren or goddaughter.

A spend that I regret? Partly. I saw these bags as a status symbol and thought it would impress others. Yes, I just admitted that. That first Selfridges purchase gave me such a buzz; the customer service, the packaging, the luxury. A new bag became a promotion present. Every time I got a new job, I bought a new bag as a celebration, before I had even earned the money. I totally did not need the eight designer bags I have bought so far in life.

This in no doubt added to my credit card problem that I have had all my adult life, until 2019 when I finally paid it off.

Eating at the best restaurants

Few snaps from.our foodie tour. My top recco of something amazing to do in Vegas. Ate and drank at 4 of the best restaurants in vegas. @javierscantina @momolongplay @mastrosofficial @estiatoriomilos. Tried signature dishes and cocktails. All booked with @lipsmackingfoodie and our guide was Mary who was so lovely and knowledgeable. If you do it ask for her ♥️ Cost around $350 for 2 of us. . . . . . . #foodietour #thingstodoinvegas #greek #mexican #asian #american #foodie #lasvegas #recommended

Like the designer bags I got a taste for amazing food and restaurants in my early 20s. I was dating an older guy who came from a well-off family. It was a new experience to me, and I loved it. One of our first dates was dinner at a Conran restaurant.

When I met my husband back in 2004, we would do the same. A special night out would be dinner at La Gavroche or anniversary lunch at Royal Hospital Road. I have eaten at many of the Michelin starred restaurants in London, plus a few in Italy, Spain and many in Las Vegas.

Regrets? Actually no, not on this one. I have had some incredible eating experiences. The Fat Duck was amazing, all my senses were blown. Michel Roux Jr is the loveliest man and his food is just so good - I remember the double baked cheese souffle to this day.

Perhaps one regret was the 16-course taster menu at Joel Robuchon in Las Vegas. That bill came to more than $1,000. That was an expensive dinner. It probably included real gold and diamonds at that price.

This place is so cool. Well worth a visit. The tour alone was so interesting. Love learning about las vegas history. It was only created in 1905!! So young. Neon museum is down town. $30 to enter. Go at dusk. Great time for tour. Also its a not-for-profit organisation..rare in vegas. So so so grateful to las vegas for an incredible holiday. Made so many memories of new experiences and old. Lots of content coming soon. I shall start writing at the airport. Its time to go in a few hours. . . . . . . #neon #hardrock #downtown #neonmuseum #lasvegas #hardrocksign

2019 was my tenth time of visiting Las Vegas. I love the place and thoroughly enjoy my holidays there. I have been with many different friends and enjoyed every holiday again and again. I don’t hold back when I go, we eat at nice restaurants, we go to the big shows. I have experienced the wonders of helicopter trips to the Grand Canyon, horse riding at Red Rock Canyon and ridiculously extravagant spa days.

I love my Las Vegas holidays and fully intend to continue returning. And I don’t regret the holidays. Although this probably accounts for another £30,000 of money spent on Vegas and not my mortgage.

Adding these Spends together

I make that around £130,000 of money received and spent on launching a business, buying things, experiences, a wedding, extending a maternity leave. This indeed does mean that I would be nearly mortgage free or at least with a much smaller mortgage. Or maybe more money in my investments or a bigger pension pot.

Ah well. There is little point regretting what you have done in the past, you or I cannot change it. But we can impact the future, by making changes to provide for a better financial future.

Ultimately it’s all about achieving a balance

In my opinion, life is for living as it can be cruelly snatched away. Travel the world and eat the best food, but only if you can afford it. Ultimately it’s all about acheiving a balance. Don’t neglect living in the moment, but don’t forget to put some money aside for the future!

#AD. Indeed its an ad for a product that i love and wholeheartedly believe in. Today is a day of celebration. I made my first self-employed contribution into my @pensionbee pension pot. Take a read of my post today, link in bio giving you ideas of three ways to contribute to your self-employed pension. #grateful to all of those folks particularly in the personal finance community whom have encouraged me to properly think about my long term future. @pete_matthew you guided me with your podcast series. All you others know who you are😍😍 #3positivethings 1) fab catch up with @maz849. Long over due. Loves you honey 2) got 2 out of 3 hair cuts done for boys. £9 a cut..@lucy_drake20 lets find someone who come to our road!! 3) having a bath in my relaxing oil from my @rainbowsoulsurprisebox christmas stocking. Its so lovely. (Not so positive..got a speeding ticket🙈, slightly cancelled by a random £23 arriving in my account..no idea where its from) . . . . . . . . #pensions #financialplanning #financialfreedom #selfemployed #selfemployedpension #pensioncontribution #loa #lawofattractioninaction #lawofattraction #inspiration #motivation #planningforfuture #financialgoals #coffeewithfriends #ukmoneybloggers #sme #smelife

Lynn Beattie is a PensionBee customer and CEO/Founder of Mrs Mummypenny, a personal finance website. She is also an ACMA management Accountant, previously working in commercial finance for Tesco, EE & HSBC. Lynn is a single mum to three boys, living in Hertfordshire, and is the author of ‘The Money Guide to Transform Your Life‘ published in September 2020.

To combine your old pension pots into one new online plan. It takes just 5 minutes to sign up.