How to make drawdown tax efficient 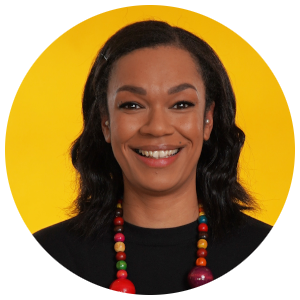 As you put money into your pension your contributions receive pension tax relief, which means that you have to pay income tax when you come to withdraw it. Drawdown is one of the most effective ways to access your pension, enabling you to pay minimal tax while still allowing your savings to grow. Here are seven ways to make drawdown tax efficient and ensure you have enough savings to last well into retirement.

Tax and pensions can seem complicated, but once you know the rules for using drawdown it’s pretty straightforward. Income drawdown gives you the flexibility of accessing your pension on demand, while keeping it invested until you need it. If you’ve reti red since April 2015 or are due to retire in the coming years, you’ll be eligible for flexi-access drawdown, which gives you even greater control of your savings.

However you choose to take your pension, you’ll receive an initial tax-free lump sum and any money left in your pension will be subject to income tax. It’s likely that the more money you withdraw, the more tax you’ll have to pay. Like all investments there’s risk associated with flexible drawdown and, if you withdraw too much too soon or your investments perform badly, you could end up losing your pension. Drawdown doesn’t have to be permanent so if you change your mind about it you can use your pension to buy an alternative retirement product, such as an annuity.

3. Get to grips with pension drawdown tax

You have to pay tax on pension income as it’s treated like any other earnings you’ve ever received and is effectively viewed as the salary you earn in retirement. Everyone receives tax allowances which means you can take part of your pension before paying tax.

On top of the 25% tax-free lump sum, you also have a tax-free pension allowance and in the current tax year you can receive up to £11,850 before pension tax is charged. After this income tax will be charged at your usual rate on each withdrawal on the taxable portion of pension, such as 20%, 40% and 45%. Pension income is assessed with any other income you receive so if you’re still working or have another source of income, large pension withdrawals will increase the amount of tax you pay.

4. Plan your finances around the tax year start and end

Planning ahead can help you save tax on pension payments, as you’ll have to think about when’s the best time of year to draw money from your pension and how much you should take. Being aware of when the new tax year starts and being mindful of the tax year calendar will help you plan your cash flow and aid income tax saving. It’ll also help you avoid any large withdrawals that could tip you over your current income tax rates and into an upper tax bracket.

Remember, the deadline for this tax year has passed, so any #pensions contributions made today or tomorrow will count for the new #taxyear 👍

In addition to the annual tax allowance for pensioners, there’s also a lifetime allowance, which determines how much pension income you can receive in retirement before the lifetime allowance tax charge kicks in. Although this only affects savers with large pots of around £1m and over, it varies depending on the annual rate set for the tax year, and it’s worth keeping in the back of your mind just in case.

The lifetime allowance is currently £1.3m for the 2018/19 tax year. If you withdraw more than this from your pension you’ll have to pay extra tax. Pension lump sum tax will be charged at a rate of 55% for any lump sum you take over the £1.3m limit. If you’re using drawdown and exceed this amount you’ll be charged an extra 25% so it’s crucial to stay below the threshold.

You should contact HMRC straightaway to resolve this, and be prepared to settle any tax you’ve underpaid. Once this is done your pension provider will get an updated tax code and any future withdrawals should be charged at your usual rate. The onus will be on you to sort this out though so it’s important to act fast to avoid emergency tax on pension lump sum withdrawals.

The onus will be on you to sort this out

There are other instances where HMRC can impose a high tax and is allowed to do so if it believes you’re making unauthorised withdrawals. If you try to take money out of your pension early or through an unregulated company, HMRC can charge up to 55% tax on the amount you withdraw.

Unfortunately pension scams are increasing in sophistication so you need to be aware of anyone who contacts you out of the blue, knows sensitive information about your pension savings or promises you early access to your pension.

While the fees your pension provider will charge you are not directly related to the amount of tax you’ll pay, they can put a dent in your pension savings if they’re too high. Set up and administration fees are fairly standard as are costs for ongoing management. You might also be charged a fee for each withdrawal, which will need to be factored into your advance planning.

If you're 55 or over, you can combine AND drawdown from your pension pot with PensionBee! #pensions #fintech #pensionrevolution Capital at risk. pic.twitter.com/ea1LozmU6q

PensionBee doesn’t charge any drawdown fees, unless you decide to make a full withdrawal of your pension within a year of your first transfer. If your savings have been with PensionBee for less than a year and you want to withdraw all of your money, a full withdrawal fee of £150 applies. You’ll also be charged £150 if the value of your account is less than the £150 fee when you decide to close it.

Combine your pension pots into one new online plan and be able to withdraw online from the age of 55.