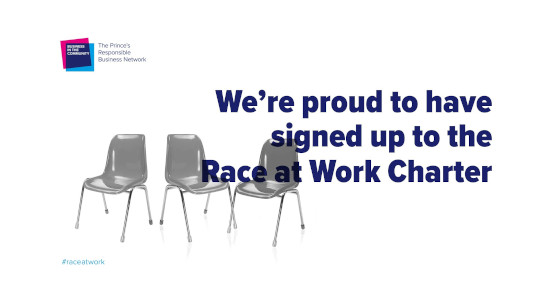 Signatories must commit to a five-point Charter, which includes having an executive sponsor for race and inclusion and publishing ethnicity data.

Recent PensionBee data highlights its strong diversity with almost 40% of employees self-identifying their racial or ethnic background as Asian / Asian British; Black, African, Caribbean, or Black British; Mixed, multiple or other ethnic groups. This is on a par with the 40% representation found in London, where the company is based.

PensionBee has targets to maintain a representation of UK society at all levels of the company, based on the UK census, and to conserve a 0% gender pay gap (with a variance of +/- 5% whilst there are less than 250 employees)(1).

There are strong calls for the government to make ethnicity pay gap reporting mandatory (2), including a 2020 petition with more than 130,000 signatures (3). In a recent survey of PensionBee customers, the majority of respondents (57%) expected the companies their pension was invested in to publish ethnicity pay gaps. The Equality and Human Rights Commission advocates for monitoring and reporting on pay gaps to help organisations identify causes, address issues, and measure the effectiveness of interventions (4).

PensionBee is passionate about achieving wider representation and equality in financial services and believes everyone should feel that they can succeed in the workplace as themselves. The pension provider advocates that taking anti-racist action helps to build more inclusive cultures, and is a vocal campaigner.

In 2020 it called for statues with links to slavery to be removed from the City of London through an open letter that all employees were invited to co-create with the Chief Executive Officer, Romi Savova (5). Following the consultation, in January this year, the City of London Corporation announced that it would remove two statues of prominent slavers (6).

Last month PensionBee announced that it had signed the FinTech for All Charter, an industry-led initiative to promote diversity within the FinTech sector (7). Signatories must commit to a Charter, which includes having one member of the senior executive team accountable for diversity and inclusion and providing a range of appropriate reporting channels to help employees speak up.

Romi Savova, Chief Executive Officer, and Executive Sponsor for Race at PensionBee, commented: “Talking about race and identity in the office is the only way to collectivise our experiences so we form a better understanding of each other as human beings in the workplace – and take more effective action.

However dialogue alone is not enough, official inclusion measures are also essential. Ethnic diversity reporting is rapidly coming up the regulatory agenda to supplement gender reporting in companies with more than 250 employees.

At PensionBee we have already started reporting our progress internally. Make no mistake: it is on us, and not the government, to create workplaces where everyone can thrive and to build the kind of world our customers expect to live in.”

^Source: PensionBee, April 2021. Voluntary survey, with 127 respondents. “No response or Rather not say” includes employees that did not complete the survey. The total sample size of this analysis is 150. Numbers have been rounded. Data taken from the 2011 census.