The evolution of the bee animation

If you’ve seen our new ‘Believe in the Bee’ TV ad you’ll have noticed our new distinctive brand asset - the PensionBee bee. Find out why Fablefx animation studio’s ‘digital zoo’ made them the perfect partner for the creation of our beloved honey bee, and learn about the painstaking process of animating it from scratch.

Building out the team

Selecting a visual effects studio was a thorough process. Thankfully our friends at The Builders Arms, a creative agency who we’ve worked with since the early days, have the valuable experience of working with specialist companies like this.

But, this wasn’t going to be a simple project - we wanted a super-realistic bee that would become our brand character for years to come, so there were many things to consider from budget to studio location and artistic skills.

Creative Partner at Builders Arms; Steve Hanratty says: “Decamping to Los Angeles for months to work with the guys who did the live-action version of Jungle Book wasn’t practical or realistic.”

Fablefx and the ‘digital zoo’

Fablefx is a Stockholm-based visual effects (VFX) studio, with a team of talented artists and producers collaborating from many different corners of the world to produce some truly amazing animation.

Not only did Fabelfx have an impressive portfolio of clients, from Coca-Cola and Three Mobile to Netflix, their ‘digital zoo’ gave us all the confidence to know they would be the perfect partner with which to create our bee.

Their digital zoo is a portfolio featuring over 80 animals of various breeds and shapes - all of which have been meticulously researched, analysed and built by the Fablefx team. Their capabilities to create computer graphics (CG) animals and characters is unrivalled. Each animal’s built with every characteristic in mind - from getting the anatomy just right to optimising the fur, feathers and even muscles of the animal. It was this attention to detail that was crucial to creating the PensionBee bee.

Creative Partner at Builders Arms; Steve Hanratty says: “They have created everything from elephants to monkeys, squirrels to birds - so they completely understand how animals move and react, and how to make things like fur look real - they were the perfect partner.”

The making of the bee

It took 10 highly skilled artists from Fablefx, and three months of hard work to produce our honey bee. Our core team of Steve, Mike and Dom, along with Dominic O’Riordan, Freelance Film Director, worked closely with the team at Fablefx to produce a brief detailing the all-important characteristics of our bee - it needed to be friendly, accessible, graceful, and most importantly for our brand, a honey bee not a bumble bee.

Unusual as it might sound, the journey started with a highly detailed computerised tomography (CT) scan of a real life honey bee, which is not a typical asset used by a VFX team during the process of creating CG characters. 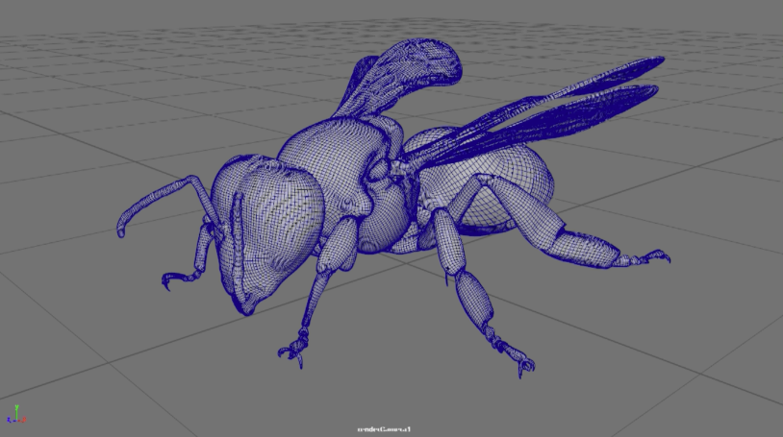 Using the images from the CT scan, the modellers at Fablefx created a wireframe rendering and from that, they could build a 3D model. Lots of work goes into perfecting the movements at this stage, to ensure the model mimics an anatomically correct bee. 3D rendering of the bee from every angle was shared with Builders Arms to ensure all the movements were realistic, but non-aggressive - this detail was important as the bee was going to be seen close-up. The mandibles of an anatomically correct bee might have felt a little too aggressive close-up, so while keeping the bee realistic, the team softened specific characteristics to achieve this.

Creative Partner at Builders Arms; Steve Hanratty says: “Looking back, one of the interesting conversations we had with FableFX was - how do we imbue the bee with personality?”

A brilliant example of the attention to detail applied by the Fablefx team is how they achieved the vision of giving the bee a personality. The team observed that while animals and humans have eyebrows, which deliver a great deal of expression, bees don’t. Bringing movement to the bee’s antenna enabled us to achieve a similar effect, and our friendly bee was given just a dash of humanity and emotion with this seemingly small detail.

Once the model was made, it was time to look at how to control our bee. The animation team built a control system, called a rig, inside the bee. The rig essentially controls the different parts of the bee by determining how the body of the bee is distorted when limbs and other body parts move. Pretty cool, right?

Next, it was onto the grooming artists to fine tune the bee’s colours and textures. From the body and head to legs, all the body parts were considered when it came to creating the bee’s digital fur, which we hope you’ll agree is a key distinctive feature of our new brand character. After this, ‘look development’ is applied which means the honey bee is tested in different lighting to ensure the digital fur is complete. 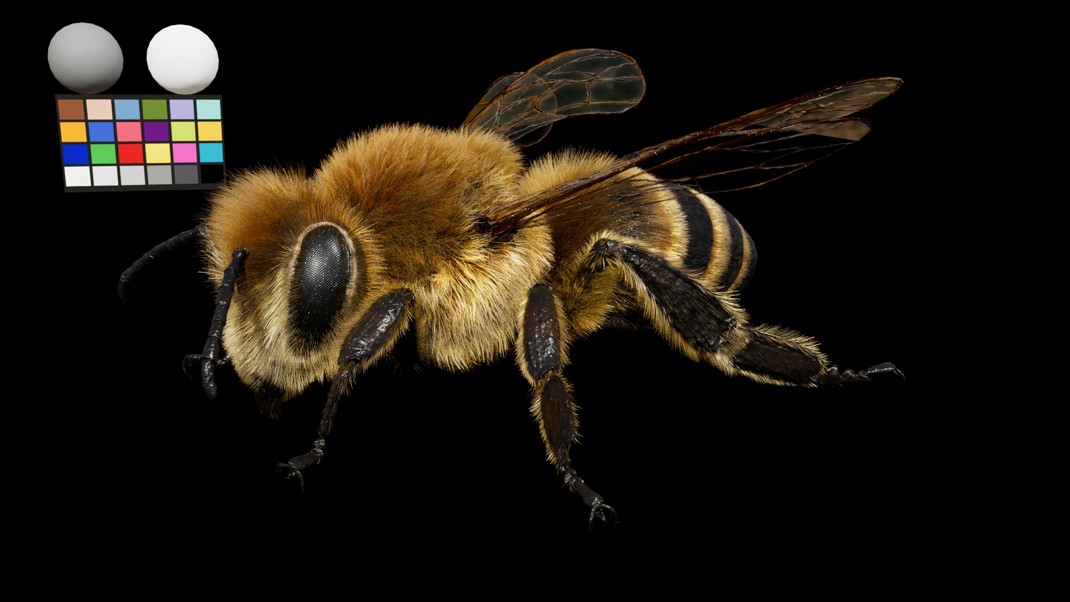 Now, it might seem as though the honey bee in its physical form is ready - but what happens when you add a background scene, like the ones in our TV ad?

During the animation process, 20, 30 and 40-second versions of the live-action commercial were shared with the Fablefx team so that they could understand how the bee would play out in each scene. The scenes were analysed alongside the bee to refine the lighting and, at this stage, the lighting from the scene is actually applied to the bee to get the contrast just right.

Steve and Dom received weekly animation updates and versions of the bee in every scene. Many versions of rendering were scrutinised before the final animation you see today. In conjunction with this, the animation team refined the bee’s movements step-by-step to ensure subtle reactions to the goings on of each scene.

Finally, it’s the compositing artist’s job to achieve an overall balanced look. So, they added the final touches on the honey bee to ensure it integrates well into the scene, which is called a ‘plate’ in the world of VFX. 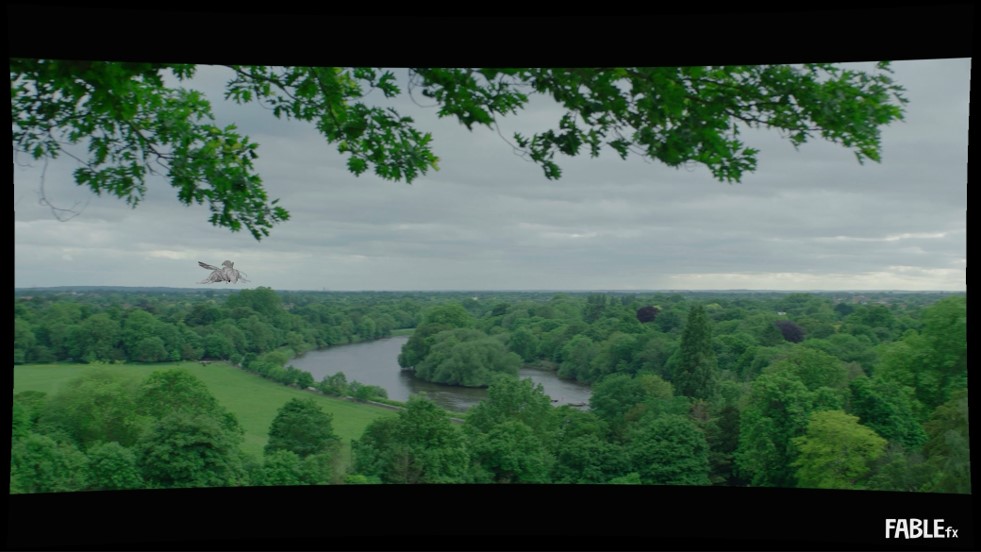 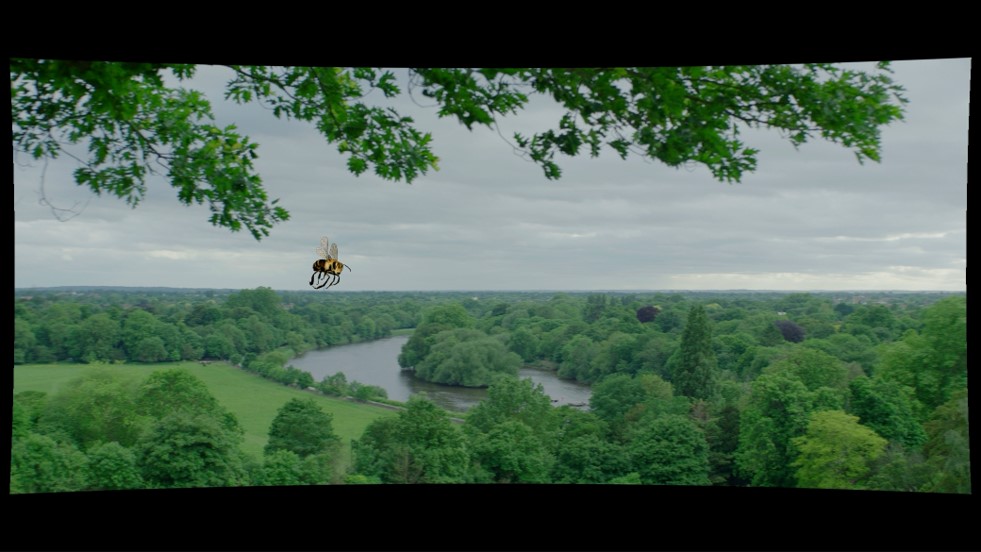 We’re so proud of everyone’s efforts in building our honey bee, from our friends at Builders Arms and Brave Spark to Dominic O’Riordan and the magical team at Fablefx and our own colleagues at PensionBee.

Creative Partner at Builders Arms; Steve Hanratty says: “Bottom line, we got a great bee. Everything we could have wanted. And hand on heart, we don’t think those Jungle Book guys in LA could have done any better.”

From the storyboard ideation to the very first broadcast of the ad during The Great British Bake Off on 20 September, our ‘Believe in the Bee’ campaign took just short of a year in the making. If you’re still yet to spot it on your screens, you can watch the ad on YouTube.