Is my pension protected by FSCS? 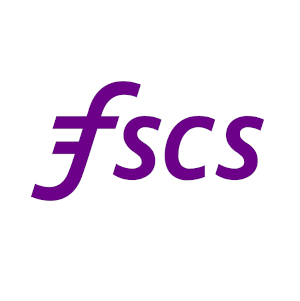 You might have seen the ‘FSCS protected‘ badge on your bank statements, or noticed it in the PensionBee app and on the website too. That’s because the Financial Services Compensation Scheme (FSCS) can protect far more than just the cash you’ve got in the bank, including your pension.

Here are five of the most frequently asked questions about FSCS protection and pensions.

1. Does FSCS protect my pension?

Pensions protection is a really broad area, and FSCS can cover personal pension plans like those offered by PensionBee. As pensions can be complicated, we’ve built a Pension Protection Checker so you can check what protection FSCS may be able to offer.

FSCS doesn’t protect all types of pensions. The main exclusion is defined benefit or ‘final salary’ pensions, but the good news is that the Pension Protection Fund (PPF) exists just to protect these.

Last year, to help savers who were concerned about their finances during the pandemic, we worked with the PPF and five other financial organisations to put together a guide to pensions protection which helps explain things too.

2. When does FSCS compensation kick in?

There are many different organisations involved in financial regulation, and it’s not always obvious who to turn to when something goes wrong. FSCS follows rules set for us by the regulators, the Financial Conduct Authority (FCA) and the Prudential Regulation Authority (PRA). FSCS can only step in and look at a claim for compensation if:

With pensions, often customers come to us after they’ve moved their pension and lost money. In those cases, FSCS can usually only step in where a saver has received bad advice to switch, rather than making their own decision.

We can also only pay back money that you’ve lost. We can’t, for example, compensate you for any inconvenience you’ve suffered, or if you’ve made money but not as much as you expected.

It’s always free to claim with FSCS and full details about eligibility can be found on our website.

3. Is there a limit to FSCS compensation?

Yes, and each product is different. For most claims for pensions and advice, the limit is £85,000 per person, per product. Of course, many people have worked hard for a long time and have far more than that in their pensions, which is why it’s so important to be aware of the limits before you invest.

Some pension products, such as those offered by PensionBee, are protected up to 100% of their value. That’s because products of this type are classed as long-term insurance contracts. For example, if you have a PensionBee plan and its money manager fails, we could step in and cover the pension at 100% with no upper cap.

Another example is if you’ve already retired and have an annuity, we can protect those up to 100% of the total value. So if you paid an insurer to give you a guaranteed income of £25,000 per year, and that insurer fails, we could step in and cover that £25,000 each year.

You can find all the details of our compensation limits on our website and it’s always best to check with your provider if you’re unsure about the FSCS protection that could apply if something goes wrong - we’ve put together some questions to help.

4. Why don’t providers like PensionBee have this protection themselves?

FSCS is funded by the financial services industry, so PensionBee and over 45,000 other financial firms in the UK contribute to FSCS’s running costs each year. This is called the ‘FSCS levy’.

It’s important that FSCS is independent, as it means that if a company does go out of business, we’re still here to step in if we can. It also means, where we can pay compensation, that savers usually get their money back sooner, they don’t get caught up in the complexities of a company going through administration, which can take years to resolve.

Over the past couple of years, we’ve started to get a lot of claims from consumers who unfortunately have lost a lot of their pension savings because of poor advice. Many people are tempted to switch by the potential for high rates of return, but don’t always understand that they have to make all their own investment decisions when they move from a workplace pension, which is managed by their employer, to a personal pension like a Self Invested Personal Pension (SIPP).

Pensions can be confusing and if you’re not sure what to do with your savings there are lots of places you can find help. Free pension guidance is available online via sites like MoneyHelper and, if you’re aged 50 and over, you’ll be eligible for a free pension guidance session from Pension Wise. You can also pay to see an independent financial adviser (IFA), who is authorised to give you pension advice. You can check the FCA’s register of authorised individuals, firms and bodies, while the Money Advice Service has a similar directory for savers seeking independent pensions advice.

Remember, if an opportunity sounds too good to be true, it often is and you should seriously consider the credibility of any offer that promises high growth or guaranteed returns.