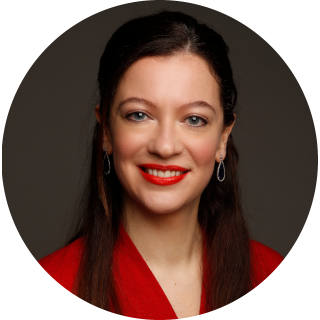 We have recently begun asking our customers questions about what they want their pensions invested in. Earlier this month, we surveyed close to 2,000 customers in our Tailored Plan about their views on sustainability in the context of profitability. As a company that wishes to leave the pension industry in a better place than where we found it, investing sustainably is aligned with our purpose. At the same time, our vision is to live in a world where people can look forward to a happy retirement and that means helping our customers build up a sizable pension pot.

As we evaluate and consider your responses over the coming weeks and months, we wanted to explain why we believe the desire for a pension that reflects your support for sustainable corporate behaviour is also well-aligned with our ambition to help you grow your pension pot.

The Harvard Business Review recently wrote that many “still equate sustainable investing with its predecessor, socially responsible investing (SRI), and believe that adhering to its principles entails sacrificing some financial return in order to make the world a better place. That view is outdated.”

Evidence from Nordea Equity Research found that from 2012 to 2015, the companies with the highest sustainability ratings outperformed the lowest-rated firms by as much as 40%. Bank of America Merrill Lynch found that firms with a better sustainability record than their peers produced higher three-year returns, were more likely to become high-quality stocks, were less likely to have large price declines, and were less likely to go bankrupt.

Beyond the academic studies, there are some very acute and apparently increasing risks to investing in companies that are seen as unsustainable, which can damage their share prices and negatively impact pensions owning them.

At the same time, sustainable funds have seen record inflows of over £15 billion in 2019, roughly four times the previous record of 2018, as they become more mainstream. And while sustainable investing still remains small, some large shifts of capital indicate leaving things too late could be detrimental to one’s pension. Large pension funds around the world have started divesting from tobacco, reducing the share prices of the large producers.

A similar rush for the door can be seen in controversial weapons and thermal coal. The outgoing governor of the Bank of England, Mark Carney, has warned that fossil fuel companies could become “stranded assets” - meaning nobody wishes to own them. In 2008, the concept of a stranded asset was better known as a “toxic asset” and, as the name implies, pension investments would do well to avoid these.

All of the above suggests that sustainable investing can be very beneficial for the long-term returns of a pension, which, along with our customers’ moral views, is why we are exploring changes to our investment offering. We want to make sure we are providing you the best possible range of investments to choose from and we remain very grateful for your views. Please do continue to engage with us via engagement@pensionbee.com as we plan our next steps to help our customers look forward to a happy retirement.