Anti-racism initiatives at PensionBee in 2020 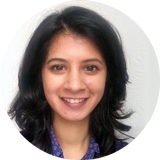 Twice a year we run a survey to understand the personal characteristics of our colleagues, this helps us ensure that we are maintaining and furthering an inclusive environment. This is one example of how we use regular data analysis to further our goal for PensionBee to consistently be a workplace where everyone feels like they can succeed as themselves.

Championing diversity in the workplace

I am a Diversity Champion at PensionBee, along with four of my colleagues. In addition to our core roles, we drive initiatives to further a culture in which everyone can belong and thrive.

It’s sad to acknowledge that we live in a world where people are often scared about the prejudices they could experience for being who they really are. (Virtual) workplaces, where we spend a lot of our time, especially need to be spaces where people can flow freely, and feel loved and accepted. Research by McKinsey supports the idea that diverse workplaces make more profitable companies. Fostering inclusiveness is also a more just approach to running a business.

Historically, some money managers have asked companies for data that helps them assess progress towards gender equality, such as gender pay gap reporting, to enable them to make more socially responsible investments.

However, this isn’t enough. Money managers should also demand a fairer workplace for ethnic minorities. Just this summer, there was a petition with more than 120,000 signatures, calling on the government to make ethnicity pay gap reporting mandatory. The government is currently analysing responses to a consultation on this theme, and we await results with our fingers crossed.

Legal & General Investment Management is one of the first money managers to be taking action. In October 2020, they wrote to all companies in the FTSE 100 as well as the S&P 500, telling them that by January 2022, they are expected to have at least one director of black, Asian or other minority ethnic (BAME) origin in place, and companies who fail to meet this goal will be voted against.

Also in October 2020, the CBI launched a campaign called Change the Race Ratio, which seeks to accelerate racial diversity in businesses. One of the commitments they seek from signatory businesses is to create an inclusive culture, in which everyone can thrive, and one of the ways they encourage this is through fostering safe, open and transparent dialogue and another is to challenge conventional thinking.

At PensionBee, it’s important that everyone feels that they can succeed in the company as themselves.We have five core company values that frame everything we do at PensionBee, they are; love, quality, innovation, simplicity and honesty. Our most popular company value is love, and the diversity and inclusion initiatives of 2020 really highlight how much love there is at PensionBee.

The year was packed with cultural initiatives, led by various colleagues, which encourage dialogue and challenge normative perceptions. These included an LGBTQA+ bar where people shared personal stories, gender pension gap research to bring attention to inequality, and ‘about me’ presentations.

I was most involved with anti-racism initiatives over the past year. Here are five of my favourites:

1. A series of talks, led by colleagues

Themes included colonialism and homophobia in Jamaica, a history of anti-racism in Britain and contemporary racism in Latin America. Speakers were a range of colleagues, from people who’ve recently started their careers and are in their late teens and early 20s, to people who have been working for many years, many of whom were brave enough to share their own personal experiences of racism.

Talks were well attended, with 50% of colleagues joining some. This series was created as a response to feedback from colleagues, who requested educational sessions, and expressed a desire to share their own knowledge and experiences. We’ve had positive feedback about these talks, with one colleague, saying that leading a talk made her feel more of a sense of belonging at work. She spoke about her experiences of anti-semitism in Britain.

We uploaded this series onto our digital training platform which is accessible by all staff, and a mention of this series was also recently published by the trade press, allowing it to inspire others in the pensions industry to foster a sense of belonging through inclusion.

We have a weekly ‘Show&Tell’ session where all colleagues come together and present to each other. During Black History Month, we invited people to share creative performances, and two colleagues shared poems about anti-racism. One of the performers had only recently joined the company. Their performances were met by love heart emojis and a lot of applause, as we were blown away, I even had shivers!

Sharing that collective experience at work feels radical and transformative. We also published these poems on our blog. Creating a platform for people to share their talents and speak out about issues that are important to them is powerful.

We have regular book club sessions at PensionBee.Our last session was a discussion about a brilliant book called, ‘When they Call you a Terrorist: A Black Lives Matter Memoir”, written by one of the co-founders of the Black Lives Matter movement. Many colleagues attended, including a PensionBee baby! We shared extracts from the book, and invited colleagues to discuss questions that we had formulated beforehand. During the session, colleagues shared their reactions to the extracts, as well as personal experiences that they were reminded of.

We recently invited two external speakers to PensionBee. The first was the founder of Legal & General Investment Management’s Culture Club, an initiative to increase diversity and representation at the company and beyond.The second was a Black Lives Matter activist. Each spoke for about an hour, and took live questions from PensionBee. It was fascinating to hear two different perspectives, from different positions, in the struggle for diversity and inclusion. Colleagues commented that they valued these sessions and would like more in the future, we think that’s a great idea!

5. Submission to City of London Consultation on statues and historic landmarks

PensionBee has called for statues with links to slavery to be removed from the city of London, where our office is based. Our CEO, Romi, submitted a letter to the City of London Consultation on behalf of our team. Drafts of this letter were shared on Slack so that everyone could participate, share their feedback, and add their voice to the argument.

In the letter, PensionBee acknowledges that the financial sector is diverse and makes a significant contribution to the UK, and exists to make people’s lives better. But the City’s aim to ensure that everyone can thrive as themselves is being undermined by the presence of statues with links to slavery. PensionBee highlights how the City of London played a historic role in the transatlantic slave trade and represented the financial interests of slave owners. For example, it was at Guildhall, which is just a stone’s throw from our office, that an infamous court case ruled in favour of slavers who had deliberately drowned 133 Africans to claim insurance, and the Royal Exchange hosted a slave market.

Given this history, the presence of statues, buildings and street names with links to slavery impedes a sense of belonging to the people that live and work in the City. It’s disrespectful that people have to walk past these glorifications of oppressors on our way to and from work every day, a constant reminder of a traumatic history. In the letter, PensionBee strongly advocates for statues with links to slavery to be removed and placed in museums, and for decision making that leads to a City of London that’s a great place for everyone.

Colleagues celebrated this action, and commented that they want to continue advocating for change outside of PensionBee as well as making progress internally. The City of London closed submissions on 24 November, and we eagerly await a positive result!

We’re now near the end of the year, and shortly we’ll survey our colleagues to understand what they would like to see from the Diversity Champions in 2021. I know they’ll share great ideas and feedback, and we’ll have the honour of helping to make their visions come to life.