The PensionBee value of innovation 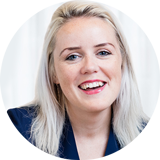 Back in January I wrote a piece about my favourite PensionBee value – love. But while that’s my favourite, it’s still only one fifth of the values that make up PensionBee, and they’re each as important as each other!

This time I’d like to talk about another of our values – innovation. In a nutshell, PensionBee wouldn’t exist without innovation. The company was borne out of our CEO Romi’s frustration at the problems she faced when trying to move her own pension, and it was that experience that inspired her to start PensionBee in order to give others the help she wished she’d had herself. She saw a system that wasn’t working for her, and she decided to create one that would.

Over the three and a half years that I’ve been working at PensionBee, I’ve watched the company evolve in all areas; from our front-end product now used by thousands of customers, to the way we work internally. Importantly, we see each new change as a positive. It can be easy to rest on your laurels and remember that old saying that “if it ain’t broke, don’t fix it”. But just because something works, doesn’t mean it couldn’t work better.

One of my favourite things about the way that we innovate at PensionBee is that the desire to be better comes from all areas of the business. In our customer success team we have a monthly “BeeStorm” where the team shares the things that aren’t working for them and the improvements they think we can make. As a cycling fan, it always makes me think of Team Sky principal Dave Brailsford’s marginal gains philosophy. The smallest things, when they build up, can make the biggest difference. Whenever we introduce a new automation it makes me happy to know that every minute we save for the customer success team is another minute they can spend making sure our customers get the best service possible.

And because the entire company is encouraged to share new ideas and to highlight where we could be doing better, it helps create an environment where change isn’t seen as something to fear, but something to be excited about. Towards the end of last year we had a team discussion around the importance of feedback, and how we should always thank people – our customers and each other – for it. Even if it’s not always positive, honest feedback helps us to understand how we can improve.

Honesty also happens to be another of the PensionBee values, and will be the one I’ll be writing about next!