What happened at PensionBee in November 2019 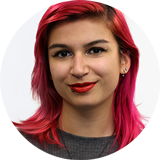 As things start to wind down for the festive season, there’s been no let-up at PensionBee. From hosting our first ever hackathon event, to putting the hard questions to your money managers on your behalf, read on to find out what we got up to in November…

How we’re engaging your money managers on sustainability

Last month, we discussed our approach to sustainability and why we believe pension providers have a key role to play in the transition from the carbon economy to one based on 100% renewable energy sources. In the weeks since, we’ve continued to put pressure on your money managers to answer your questions about the inclusion of certain companies, both in your quarterly plan update videos and also in writing.

Our CEO, Romi, recently wrote an open letter to Sacha Sadan, Director of Corporate Governance at Legal & General, querying Shell’s inclusion in the Future World Plan. While Legal & General are yet to publicly respond in full, they told the Guardian that they believe the oil company could do more and they were pushing for greater transparency on how Shell’s production plans aligned with the Paris agreement. We’ll let you know once we hear more, but in the meantime you can read Romi’s letter in full and stay up to date with the latest news in on sustainability.

At the end of November we held our eagerly anticipated Pension Scams Hackathon event which brought together some of the most innovative “pentech” (pension technology) companies in the UK, and challenged them to work together to create a concept for an online game that increases awareness of pension scams.

Cross-company teams from PensionBee, Nutmeg, AgeWage and Smart Pension had just six hours to deliver the concept for a game which met three assessment criteria: virality, engagement and relevance. At the end of the day, concepts were judged by three pensions industry experts: Michelle Cracknell CBE, Non-Executive Director at PensionBee and former CEO of the Pensions Advisory Service; Margaret Snowdon OBE, President of the Pensions Administration Standards Association and Chairman of the Pension Scams Industry Group; and Stephanie Baxter, Deputy Personal Finance Editor at The Telegraph.

The winning concept, ingeniously called Scam Man & Robbin’, casts the player in the role of vigilante ‘Scam Man’, who’s main objective is to protect people’s pensions, blowing the whistle on anything he thinks could be a scam.

Inspired by one of the world’s most-loved superheroes, Scam Man & Robbin’ aims to challenge common misconceptions which may initially seem positive about a pension scheme, such as guaranteed high returns or a friend’s recommendation, but may in fact be the hallmarks of a scam.

We’re excited to start working on the game, and you can expect to see Scam Man & Robbin’ sometime in early 2020.

We’re ending the year on a high

Last week PensionBee was named ‘Online Business of the Year’ at the Growing Business Awards, which celebrated the strength, vision and resilience of fast-growing SMEs and entrepreneurs.

The judges praised us for being ‘ahead of the curve’ and highly aware of our ‘social responsibility to grow sustainably and maintain a high level of service and innovation’.

We’re also thrilled to announce that our CEO, Romi, was named ‘Entrepreneur of the Year’ at the 2019 City AM Awards earlier in November, seeing off stiff competition from business leaders in industries as diverse as fintech and medical services to energy and manufacturing.

Keep an eye out for our next update on our blog. We’re always working on new features to make our customers happy, so if you have any ideas or suggestions, please let us know in the comments section or over on social media, and we’ll feed it back to the team.